Showing posts from April, 2018
Show all

Goldman predicts the world’s first trillionaire will mine asteroids

There are lots of ways to make money here on planet Earth, but the world’s first trillionaire is going to make their fortune in space. That’s the prediction of Goldman Sachs, which sees space mining as the next frontier in fortune building. According to the investment and banking company, technology is approaching a point where mining asteroids is nearing feasibility and the first company that makes the leap will be rewarded with riches beyond its wildest dreams. Mining for valuable materials here on Earth has plenty of legal hurdles attached to it, but lawmakers are already clearing the way for asteroid mining in the anticipation of it becoming a viable business. The EU already has a legal framework in place that will allow companies to claim materials from asteroids as their own, collecting whatever revenue they can once they haul it back to Earth. “While the psychological barrier to mining asteroids is high, the actual financial and technological barriers are far lower,” a Gol
Post a Comment
Read more 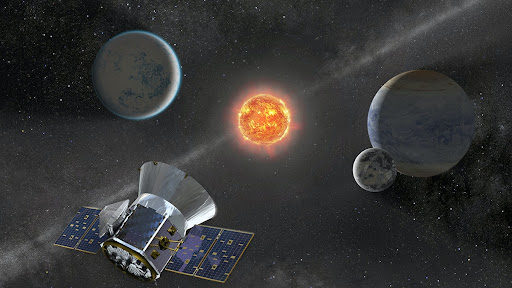 The agency's Transiting Exoplanet Survey Satellite (TESS) launched today (April 18) from Cape Canaveral Air Force Station in Florida, rising off the pad atop a SpaceX Falcon 9 rocket at 6:51 p.m. EDT (2251 GMT) and deploying into Earth orbit 49 minutes later. TESS will hunt for alien worlds around stars in the sun's neighborhood — planets that other missions can then study in detail. And the spacecraft will be incredibly prolific, if all goes according to plan. "TESS is going to dramatically increase the number of planets that we have to study," TESS principal investigator George Ricker, of the Massachusetts Institute of Technology, said during a pre-launch briefing Sunday (April 15). "It's going to more than double the number that have been seen and detected by Kepler," Ricker added, referring to NASA's Kepler space telescope, which has spotted 2,650 confirmed exoplanets to date —about 70 percent of all the worlds known beyond our solar syst
Post a Comment
Read more

Live coverage of the TESS Launch. The time of launch will be 6:51 p.m. EDT More information about TESS can be viewed here: https://tess.gsfc.nasa.gov/overview.html
Post a Comment
Read more

What is Alpha Centauri hiding? Searches for Earth-like planets ramp up around our nearest stellar neighbor 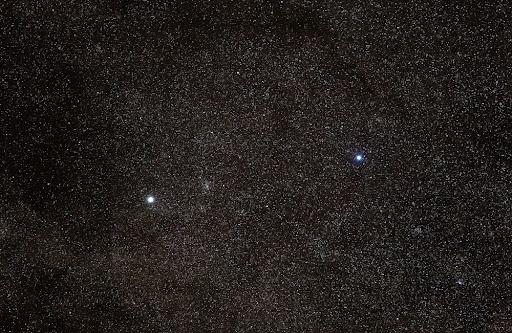 Alpha Centauri, a three-star system just 4 light-years away that is the sun's nearest neighbor, ought to be a great place to look for Earth-like planets. But last week, at a meeting of the European Astronomical Society (EAS) here, astronomers lamented the way the system has thwarted discovery efforts so far—and announced new efforts to probe it. "It's very likely that there are planets," says Pierre Kervella of the Paris Observatory in Meudon, France, but the nature and positions of the stars complicate the search. "It's a little frustrating for planet searchers." The system's two sunlike stars, Alpha Centauri A and B, orbit each other closely while Proxima Centauri, a tempestuous red dwarf, hangs onto the system tenuously in a much more distant orbit. In 2016, astronomers discovered an Earth-mass planet around Proxima Centauri, but the planet, blasted by radiation and fierce stellar winds, seems unlikely to be habitable. Astrobiologists think th
Post a Comment
Read more

Elon Musk’s SpaceX is aiming to raise up to $507 million in a new funding round, according to documents filed with the state of Delaware last week. SpaceX has authorized 3 million shares of stock for this Series I round, valued at $169 each, according to documents provided to GeekWire by Lagniappe Labs, creator of the Prime Unicorn Index. The round could bring SpaceX to a valuation of approximately $23.7 billion if all shares are sold. This new round follows a big raise last year. In November, SpaceX landed $100 million as part of a larger $450 million round. SpaceX is coming off the successful launch of the Falcon Heavy rocket in February that captivated the nation in a way that harkened back to the early days of the space race. But Musk has come to see Falcon Heavy primarily as a transitional step to an even more powerful launch vehicle, known as the BFR (which stands for Big Falcon Rocket or Big F***ing Rocket to others). BFR is SpaceX’s first Mars transport vehicle. But M
Post a Comment
Read more

NASA’s next planet hunter is ready to find undiscovered worlds

The search for extraterrestrial life is about to get serious, as the U.S. space agency announced in a statement this week. NASA’s Transiting Exoplanet Survey Satellite (TESS) has completed all certifications and is currently undergoing final preparations for an April 16 launch aboard a SpaceX Falcon 9 rocket from Cape Canaveral, Florida. Initially slated for a two-year mission, TESS will ascend to an elliptical 13.7-day orbit around the Earth. It’s a unique and extreme orbit that’s never been used before, varying as close as 67,000 miles and as far away as 232,000 miles from its home planet. According to Space.com, the stable orbit will allow TESS to stay in space for decades without any need for course corrections. Outfitted with four wide-angle cameras, TESS will be able to observe 85 percent of the surrounding sky as it looks for exoplanets. The instruments on the spacecraft will map 26 different “sectors” of the sky over a two-year period. Specifically, TESS will be looking
Post a Comment
Read more
More posts