Showing posts from March, 2019
Show all

US to Return Astronauts to the Moon by 2024, VP Pence Says

"We are in a space race," Pence said. The United States plans to land astronauts on the moon within the next five years, Vice President Mike Pence announced today (March 26). The nation had been shooting for a 2028 lunar touchdown, but "that's just not good enough," Pence said during the fifth meeting of the National Space Council (NSC), which he chairs. "We're better than that." So, it is now the official policy of the United States to return astronauts to the surface of the moon by 2024, the vice president stressed, invoking a 21st-century space race with China and Russia. "Urgency must be our watchword," Pence said at the NSC meeting, which was held at the U.S. Space and Rocket Center in Huntsville, Alabama. "The United States must remain first in space in this century as in the last, not just to propel our economy and secure our nation but, above all, because the rules and values of space, like every great frontier, w
Post a Comment
Read more 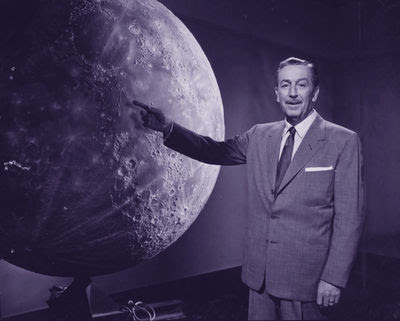 "One of man's oldest dreams has been the desire for space travel—to travel to other worlds. Until recently, this seemed to be an impossibility, but great new discoveries have brought us to the threshold of a new frontier—the frontier of interplanetary space." — Walt Disney , March 9, 1955 (introduction to Man in Space television episode) When Disney's live-action feature film comedy Moon Pilot (based on the 1960 story, Starfire, by Robert Henry Buckner) was released February 9, 1962, U.S. audiences were not in the mood for a light-hearted look at the people behind America's space program bumbling manned space flight. The fabled Space Race between the Americans and the Russians at the time was deadly serious and many Americans were fearful. The Soviet cosmonaut Yuri Gagarin was launched into orbit around the Earth first on April 12, 1961. The capsule was operated on automatic mode, but the accomplishment shocked and embarrassed the United States. On May 5,
Post a Comment
Read more

Live coverage of the countdown and launch of a SpaceX Falcon 9 rocket from NASA’s Kennedy Space Center in Florida with the Crew Dragon spacecraft’s first test flight to the International Space Station. NASA TV: SpaceX: SpaceX’s live video webcast begins around 50 minutes prior to launch, and will be available on this page for all viewers. NASA TV’s live video broadcast begins at 2 a.m. EST (0700 GMT).
Post a Comment
Read more
More posts