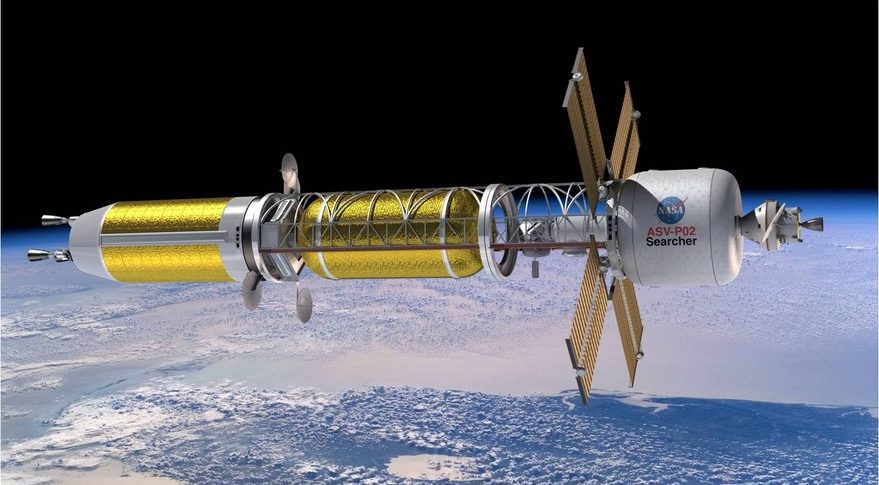 Nuclear thermal propulsion, where a fission reactor heats propellants like hydrogen that are then accelerated through a nozzle, holds the potential of reducing travel times for deep space missions, such as to Mars. While studied early in the Space Age, NASA programs in nuclear thermal propulsion were cancelled by the early 1970s and are only now being revisited.

The concept has support in Congress as well as the White House. “As we continue to push farther into our solar system, we’ll need innovative new propulsion systems to get us there, including nuclear power,” Vice President Mike Pence said in a March 26 speech at a National Space Council meeting in Huntsville, Alabama.

That renewed work in nuclear thermal propulsion is being led by the NASA Marshall Space Flight Center in Huntsville, which Pence alluded to in his remarks. “And the president and I know there’s no place on Earth better equipped to lead the world in pioneering these new propulsion technologies than Rocket City, U.S.A.”

Some outside NASA also say development of nuclear thermal propulsion is important. “Nuclear propulsion is key to exploiting our capabilities beyond low Earth orbit,” said Jeff Thornburg, chief executive and president of propulsion company Interstellar Technologies and a former propulsion executive with SpaceX and Stratolaunch.

Speaking on a panel at the Space Tech Expo here May 22, he supported additional work on that technology. “There’s some key technology development that really needs to happen beyond the current state of the art,” he said. That technology, coupled with electric propulsion, “are the future of how we’re going to facilitate that expansion.”

He acknowledged that, beyond the technological issues, there are regulatory ones involving such systems, whether operated by government agencies or in the private sector. He added, though, he was encouraged by comments at that March meeting of the National Space Council, where new Office of Science and Technology Policy Director Kelvin Droegemeier said his office would be reviewing nuclear space launch policy.

At a May 21 meeting of the NASA Advisory Council’s science committee, agency officials showed a manifest of missions projected through 2028 to carry out its planned human and robotic exploration of the moon and development of a Gateway in lunar orbit. None of the missions listed specified the use of nuclear thermal propulsion.