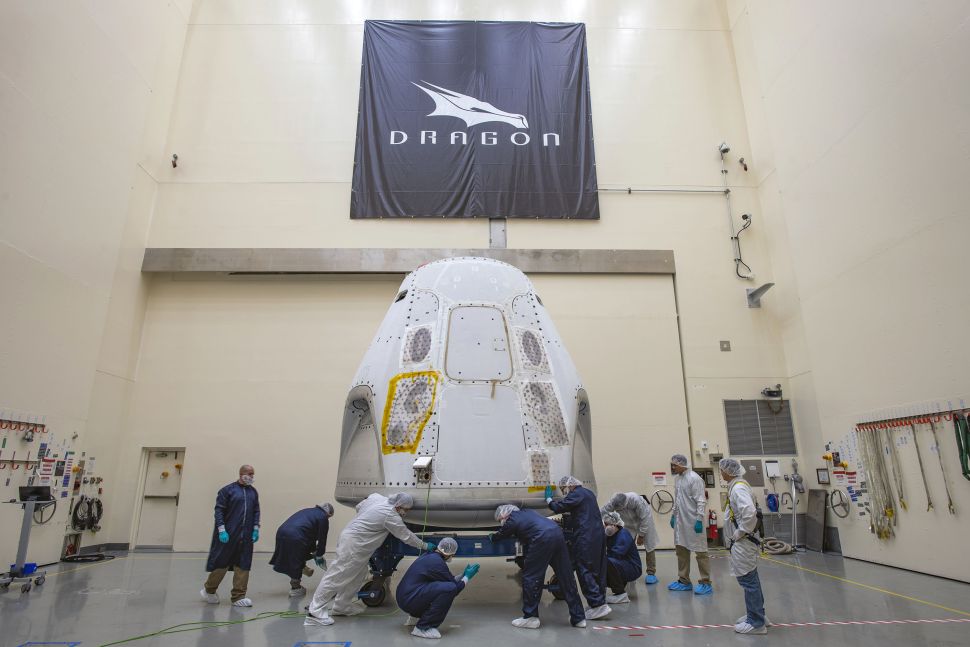 The spacecraft that will fly SpaceX's first-ever crewed mission has made it to Florida.

"The spacecraft now will undergo final testing and prelaunch processing in a SpaceX facility on nearby Cape Canaveral Air Force Station," NASA officials said in an update.

Technicians at a SpaceX processing facility at Cape Canaveral Air Force Station can now start prepping the vehicle for the launch that will kick off Demo-2, a historic test mission that will send NASA astronauts Doug Hurley and Bob Behnken to the International Space Station (ISS).

That liftoff is targeted for early May from Pad 39A at NASA's Kennedy Space Center, which is next door to Cape Canaveral.

Demo-2 will mark the first crewed flight for Crew Dragon, and the first orbital human spaceflight to lift off from American soil since the final space shuttle mission in July 2011. But it won't be the first trip to the ISS for a Crew Dragon; one of the capsules aced the uncrewed Demo-1 mission to the orbiting lab in March of last year. (That vehicle was destroyed in April during a ground-test accident.)

If Demo-2 goes well, SpaceX will likely be cleared to begin operational crewed missions to the ISS for NASA. In September 2014, the space agency awarded Elon Musk's company a $2.6 billion contract to finish development of Crew Dragon and fly six crewed flights to and from the orbiting lab.

NASA signed a similar $4.2 billion deal with Boeing, which is developing a capsule called the CST-100 Starliner. But it's unclear when Starliner will be ready to start flying astronauts. Boeing's vehicle suffered several software problems during its version of Demo-1 in December 2019 and failed to reach the ISS as planned.